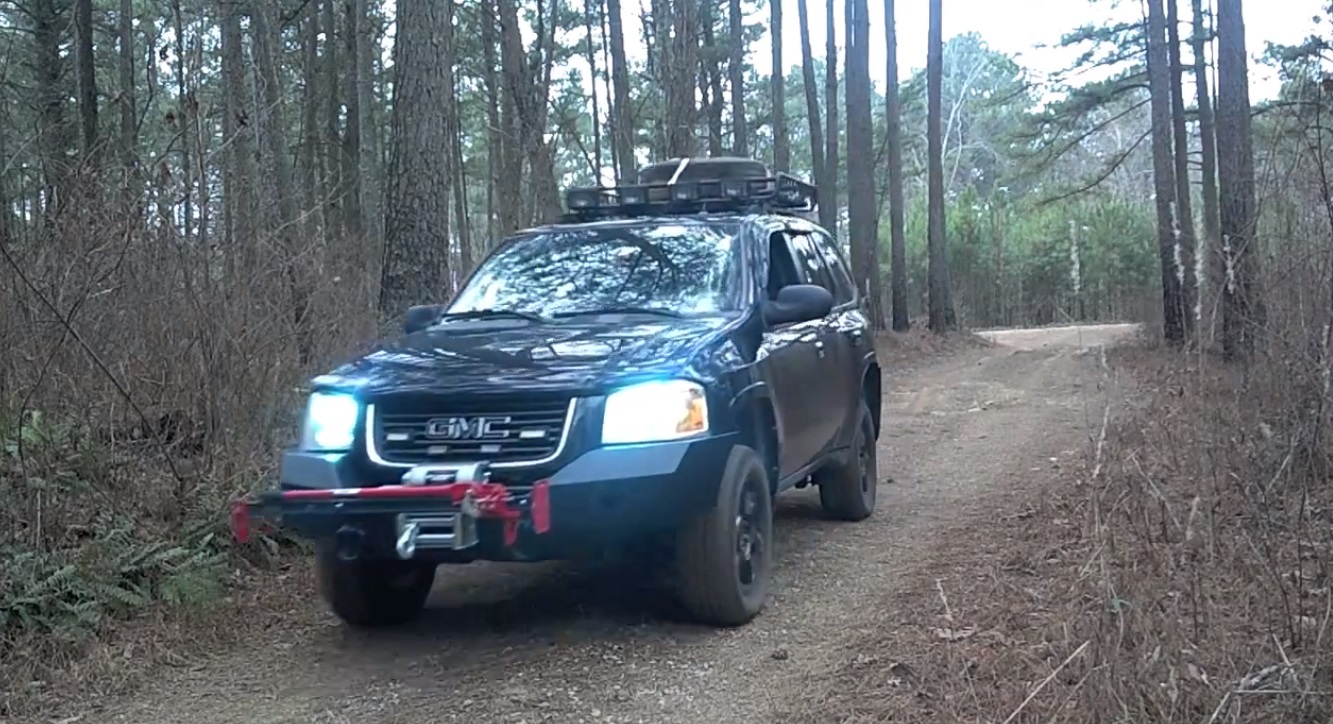 Automatic Packet Reporting System (APRS) is a mode that can be used to transmit data and text messages via radio. There are a myriad of uses for APRS in off-road applications. Let’s take a look at some of them!

In my post about utilizing Amateur Radio Off-Road, I briefly discussed the use of APRS in an off-road environment. I think this is a topic that could be expanded on a little more in-depth. APRS allows for data packets to be transmitted on a particular frequency (144.39 MHz) and they can then be relayed to stations known as digipeaters. Internet gateway stations (IGates) relay the data from digipeaters to the APRS Internet System, allowing the data to be viewed online on websites such as aprs.fi. These packets can contain text messages or raw data such as GPS information and vehicle speed.

Some radios on the market today come with built-in APRS functionality and GPS receivers that can be used to beacon location information without any external equipment. Radios such as the Kenwood TM-D710GA include all of the features needed to beacon this information out of the box. However, it is not necessary to have a fully capable APRS transceiver to utilize APRS. It is also possible to interface a transceiver with an external GPS and computer to transmit packets, even if the radio doesn’t natively support APRS. In an off-road application, a small computer such as the Raspberry Pi would be a great option for achieving this.

APRS can be used to plot off-road trips by beaconing out GPS data at certain intervals. For some, this can simply be a fun way to look back on previous trips and see the various areas their beacons were picked up from. Others might use this as a way to test their antenna setups. The data transmitted can be used to track certain metrics such as vehicle speed at various points, elevation changes, and much more.

A common use for location beaconing is to allow others to see the operator’s location during an off-road trip. This can provide peace of mind to family members who that can watch their location move in nearly real-time. In the event of an emergency, knowing the operator’s last reported location can be a valuable tool. I have personal experience with using location plotting to get assistance, and this can be read about in my “Using Ham Radio in an Off-Road Emergency” post.

APRS for Status Messages While Off-Road

APRS can also be used to beacon out status messages during a trip. These messages could say something like “Everything is okay” or “Currently stranded.” Some other ideas would be to have status messages for when the off-roader is stopped at a campsite, out of the vehicle, or in need of supplies. Theoretically, this could also be used to transmit vehicle information, such as fuel levels and engine load. This is addressed further in the next section.

Because APRS transmits on a simplex frequency instead of going through a traditional repeater, these messages can also be used to communicate with your off-road group. Radios such as the TM-D710 will display APRS messages that they receive on the screen, and provide a quick way to communicate a short message with the group.

This section is a little more theory. I have no direct experience with it, and haven’t seen too many examples. However, it theoretically should be possible to automatically transmit vehicle data. With the availability of On Board Diagnostic (OBD) readers on the market, many people can keep track of their vehicle information from their smartphones. For example, I use a Bluetooth OBD reader to keep track of my transmission temperature when towing or off-road.

With this technology, it is possible to pull this data to a small computer such as a Raspberry Pi. There are both scripts and full images for pulling OBD data to a Raspberry Pi. The Pi could then craft the data into packets that could be sent to a radio and transmitted over APRS. This could allow for automatic reporting of information such as fuel levels, oil levels, and engine load. Not only would this be a fun project to work on, but it could provide vital data transmissions for off-roaders. Imagine being on an off-road trip and having others be able to know exactly what shape your vehicle is in!

With so many different uses for APRS in off-road applications, it’s worth adding this functionality to any rig. Experiment with different ways to transmit data on your trips, check out the APRS map, and have fun with yet another way to utilize Amateur Radio off-road!