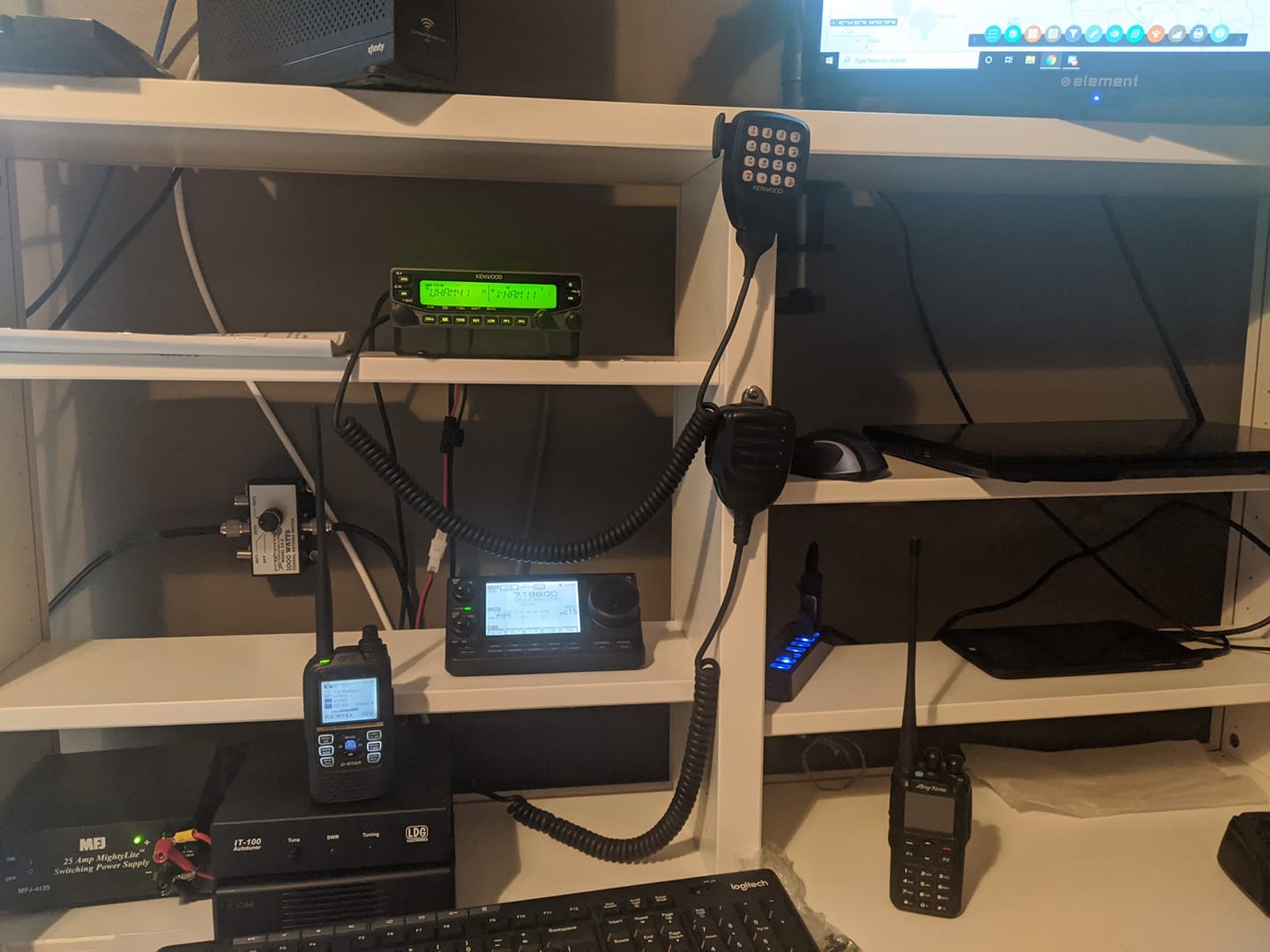 The world of HF voice communications can be exciting, especially for a new operator. To ensure that everyone has a pleasant experience on HF radio, it’s important to note some general etiquette.

Listen, listen, listen. One of the most important “unwritten” rules of Amateur Radio, and especially important in HF. Because of the way band conditions and propagation work, there may be someone on the frequency that you can’t hear. However, if you key and start calling CQ, it’s possible that they’ll hear you or, more likely, a station working them will hear you. Give time for stations that may be having a conversation to be heard. If you still hear nothing, give your callsign and ask if the frequency is in use. In the event that someone involved in the conversation can hear you, they’ll let you know that there is an active conversation taking place. If you still hear nothing, go ahead and call CQ!

If you hear a station that you want to make contact with or a net you want to participate in, move several KHz away from their frequency before tuning. Regardless if you’re using an automatic or manual tuner, you are transmitting a tone when you tune. Additionally, ensure that your power level is low before tuning. While many modern radios with auto-tune will automatically drop the power, this is not always the case. And there are few things more frustrating than having your ear drums blasted by someone using a tuner at full-power, especially when it’s a manual tuner that takes more time to dial-in.

While no one “owns” any particular frequency, there are many different nets that meet on certain frequencies. Amateur Radio frequencies are first-come, first-serve. This means that stations involved in a conversation are under no obligation to move their conversation for another group. However, there is a common courtesy to allow established nets to meet. If you’re engaged in a conversation, and a station jumps in to let you know that a net meets on that frequency and will be starting soon, it’s easy enough to just move the conversation to a slightly different frequency.

Unlike using repeaters, when transmitting callsigns over HF it’s common to use phonetics instead of just saying the letters. This is due to changing band conditions making some letters hard to differentiate from others. When using phonetics, use standard ITU phonetics instead of making up your own words. To use an example from the TV show Archer, “Mike” works a lot better than saying “M as in Mancy.”

Leave a Pause Between Transmissions

When in a conversation with another station, leave a pause before it is your turn to key the mic. This can allow for any other stations looking to get involved in the conversation the ability to join in. Not leaving a pause can alienate other operators that may want to join in, and possibly discourage new operators excited to join in on HF voice.

Additionally, leaving a pause allows for any station with emergency traffic to request assistance. There is a possibility that an individual with emergency traffic will try to break into an active conversation where they know they will be able to reach someone, rather than calling CQ on an empty frequency and hope someone is scanning through the band.

If you’ve been active on HF for any period of time, there’s the unfortunate chance that you’ve heard at least one drawn out argument on the air. Unfortunately, any communication method, be it Amateur Radio, Internet chat rooms, or social media, is going to be susceptible to housing arguments. Arguing over topics such as politics, religion, or “<insert digital mode here> is totally killing ham radio,” only gets people frustrated, and can turn off newcomers to the hobby.

As a general rule, I tend to avoid getting in conversations revolving around hot-button issues. There are so many topics to discuss over the radio, there’s really no sense in getting caught up in petty arguments.

At the end of the day, HF etiquette is rather simple, and basically boils down to “don’t be a jerk.” To quickly summarize: Make sure you aren’t transmitting over someone else, don’t tune up on an active frequency, use standard phonetics, allow others time to transmit, and avoid arguments. The world of HF voice is exciting and allows you to communicate with people all across the world. So get out there, make some contacts, and above all, have fun!